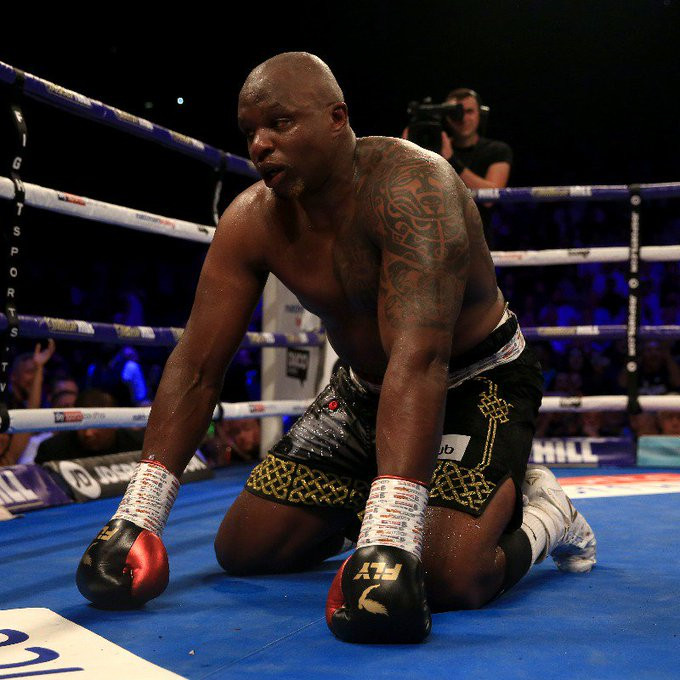 Whyte, 31, tested positive after an ‘A’ sample collected by UK Anti-Doping days before he defeated Oscar Rivas on Saturday, July 20, 2019, came back positive. 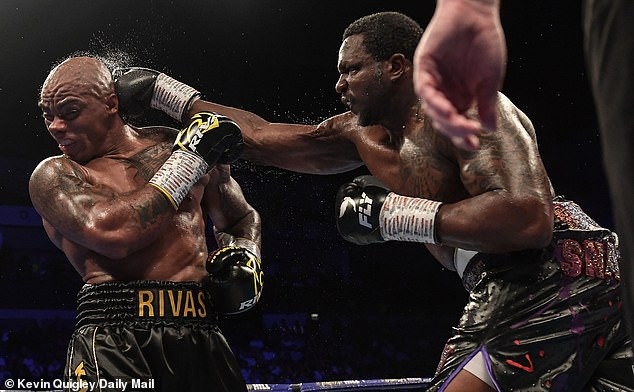 He tested positive for small amounts of epimethandienone and hydroxymethandienone, two metabolites of the banned drug Dianabol.
In a statement on Tuesday, July 30, 2019, the WBC revealed Whyte had been suspended pending an investigation.

It read: ‘An “A” Sample UKAD collected from Mr. Dillian Whyte in relation with his bout against Oscar Rivas yielded an adverse finding. In light of that adverse finding, and pending the outcome of the WBC’s own investigation and adjudicatory process, the WBC is provisionally suspending the WBC’s recognition of Dillian Whyte as WBC Interim World Heavyweight Champion and Mandatory Challenger of the division.

‘The WBC has notified Mr. Whyte and his team of the WBC’s suspension, and that it will afford Mr Whyte the opportunity to present its position to the WBC at an investigative hearing which will take place at a place and time to be announced in the near future.

'Throughout its investigation and hearing, the WBC will afford Mr Whyte and his team the opportunity to present any available information and materials, and any exculpatory evidence they might deem appropriate.’
Dillian Whyte could face an eight-year ban from the sport pending an investigation into his failed drugs test.
Tags
SPORTS