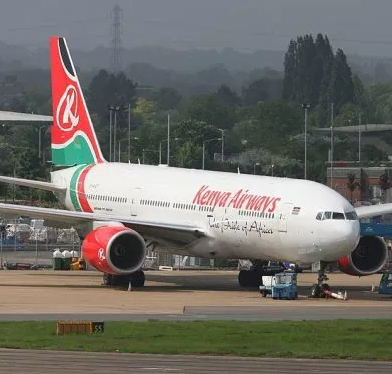 A body has fallen from a plane and landed in a garden in South London, close to a man who was sunbathing.

The man who fell is believed to be a stowaway who hid under the plane before it took off from Nairobi, Kenya, on a 9-hour flight to Heathrow. The man fell from the landing gear of the jet as it approached Heathrow, police and airline officials say.

A neighbour said: "I heard a 'whomp' – I went upstairs to look out of a window. At first I though it was a tramp asleep in the garden. He had all of his clothes on and everything. I had a closer look and saw there was blood all over the walls of the garden. His head was not in a good way. I realised immediately that he had fallen.

"So I went outside and it was just then the neighbour came out and he was very shaken. He had been sunbathing and he landed one metre away from him."

The Metropolitan Police force says the body of an unidentified man was found in a garden in Offerton Road, Clapham, on Sunday, and it’s believed he fell from a plane. He has not yet been identified.

Kenya Airways said Monday that police traced the body to its Nairobi-London flight. A bag, water and food were discovered in the plane’s landing-gear compartment.

The neighbour added: "I spoke to Heathrow. They said this happens once every five years."

In a statement, the Met Police said: "Officers are working to establish the identity of a man believed to have fallen from the landing gear compartment of an aeroplane. Police were called at 3.39pm on June 30 to a residential address in Offerton Road, Clapham after a body was discovered in a garden.

"Officers attended with the London Ambulance Service. The body of a person, believed to be a man (age unknown) was found.

"A post-mortem examination will be carried out in due course. Police are working to establish the man’s identity. A crime scene was put in place but has since been closed."
Tags
NEWS