Blueface releases surveillance footage to show what really happened during the recent incident involving him, his mother and sister 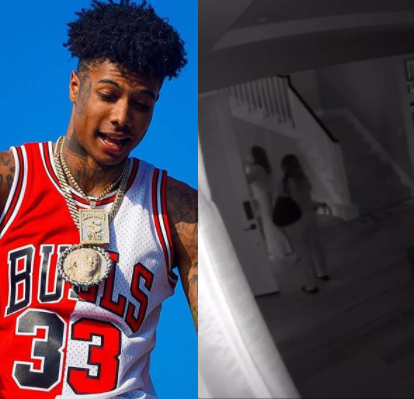 Blueface has finally explained why he kicked his mother and sister out of his house in favour of his two girlfriends.

A video shared online shows Blueface physically kicking and pushing his sister out of his house (read hereand here). The rapper has now shared a surveillance footage to show what happened at his house before his sister got kicked out.

Sharing the video, he wrote: "Sense they wanna go viral so bad this the real story my mom got tired of my broke ass sister free loading at her house so she brought her to mine an I wasn’t going for it I already got her an apartment guess that wasn’t enough she want my car she want me to buy her a car off the lot an some more stuff I was homeless in my own car for years ain’t nobody wanna let me stay at they house I had to thug it out ??‍?? but I C my fans ain’t real fans y’all turn like corners fucc all you fake ass fans that’s y I’m in it just for the money?"