BBNaija: 'Your blocus will scatter' - Thelma and Omashola fight after he barged into the bathroom while she was naked (video) 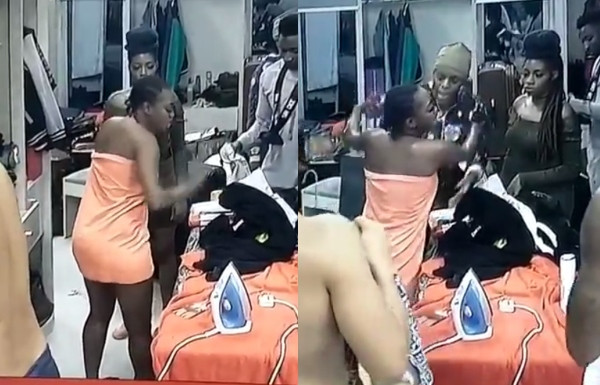 Thelma and Omashola were also roped into the Big Brother Naija Saturday night party drama, as they had a fight after Omashola barged into the bathroom without knocking.

A tipsy Omashola's 'e no reach fight' (not enough for a fight) defence over the unannounced bathroom visit, got Thelma quite infuriated. She was heard saying that he was drunk and forgot the etiquette of knocking before entering a public bathroom. Thelma was also heard saying at some point that his "blocus will scatter", after she saw him laughing.

Here are videos of the fight below;