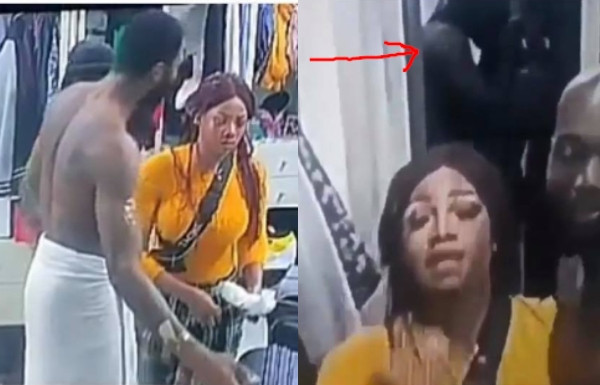 The Big Brother Naija Saturday night came with lots of drama, as Tacha had a fight with Mike and Omashola after the party.

Tacha's anger centered on the guys getting drunk before the girls at the party, which Mike shrugged off at first. The fight however took a different turn after Tacha pushed Mike, called him names and also dragged in Omashola.

However through it all, Gedoni and Khafi continued their romance and were spotted kissing amidst the fight.

Here are videos below;