#BBNaija: Gedoni is only taking advantage of Khafi, she needs to leave him alone- Toke Makinwa 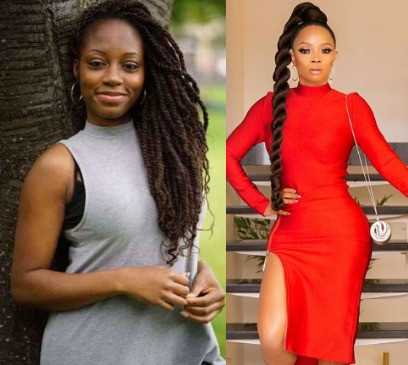 Toke Makinwa is of the opinion that #BBNaija contestant, Gedoni is only taking advantage of his fellow housemate, Khafi, because of how she comes across to him.

Toke drew her assumptions from yesterday's incident where Khafi got upset with Gedoni after he refused to pick her for a task they were meant to do in groups, despite the fact that they are lovers.

Reacting via her Twitter handle, Toke said Khafi needs to leave Gedoni alone. According to the OAP, the comments Khafi made during her diary session last night shows that she has a lot of childhood issues to deal with. She offered to be a guest in the big brother house so she can have an opportunity to talk to Khafi.

See her tweets below 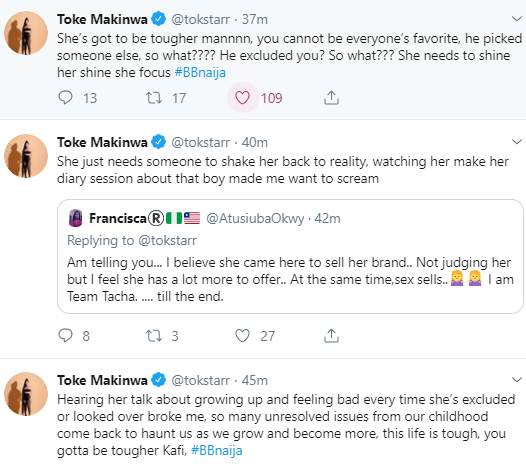 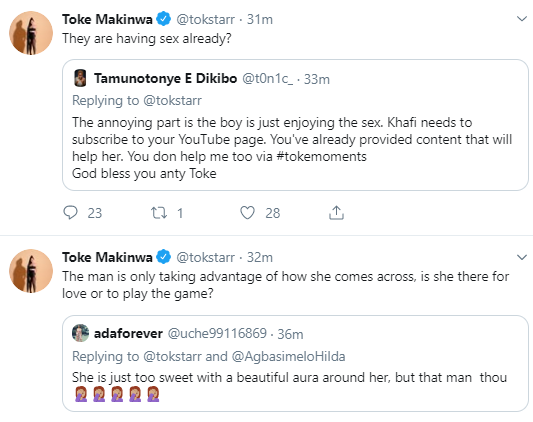 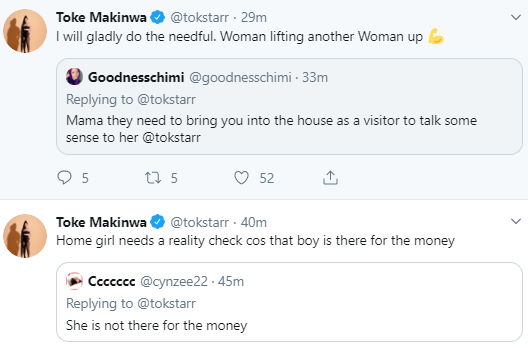