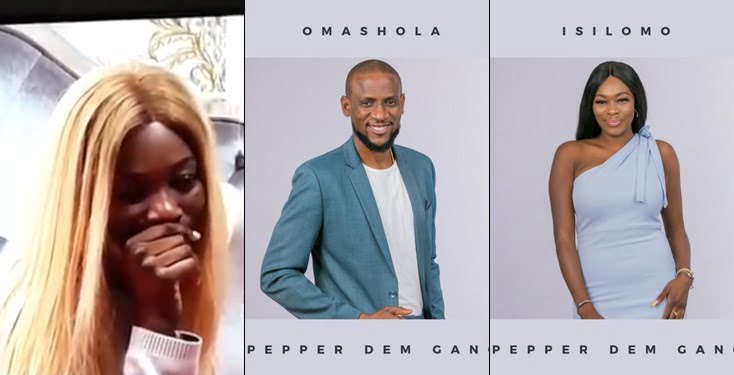 This happened during her diary task session with Omashola.

Omashola had asked her: “is there anybody in particular in the Big Brother Naija House you have a thing for and you want to share with Biggie privately?”

She responded, “There are a lot of great guys here, while it’s really early in terms of who I might want to gravitate to, I think I like Omashola.

“He has that grown man vibe and I am for grown men, not small boys.”

However, Omashola, who was left stunned after the dairy section, also told Isilomo that he likes her too.
Tags
#BBNAIJA 2019