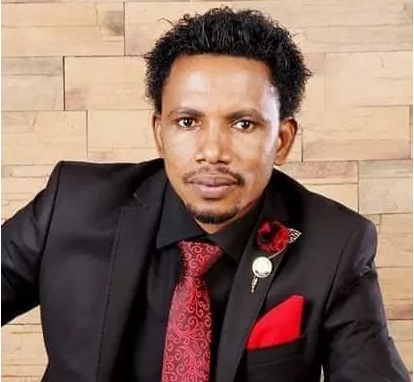 Senator Elisha Abbo is currently the number one trending topic on Nigerian Twitter.

Nigerians including public figures are condemning him for physically asaulting a lady in a sex toy shop in Abuja in May.

According to lawyer and public analyst, Japheth Omojuwa, Senator Abbo by his action, has shown he has the capacity to murder. One Twitter user pointed out that the video has shown how he treats his wife in their home. 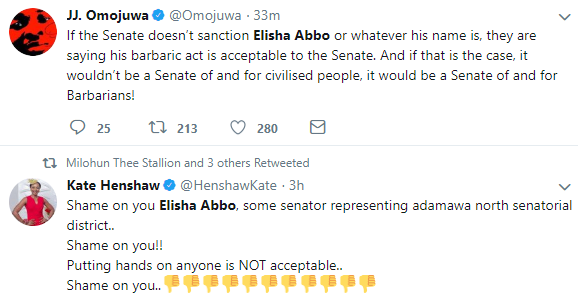 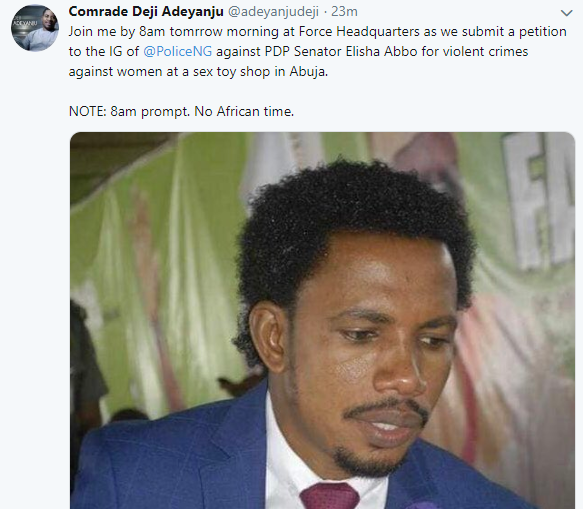 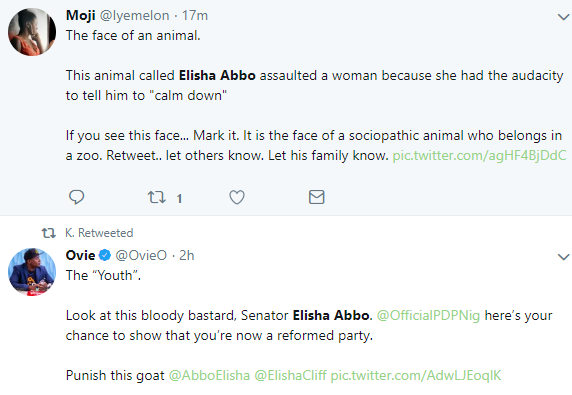 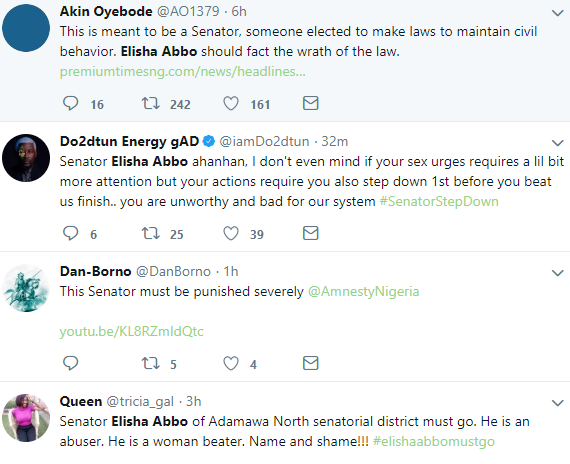 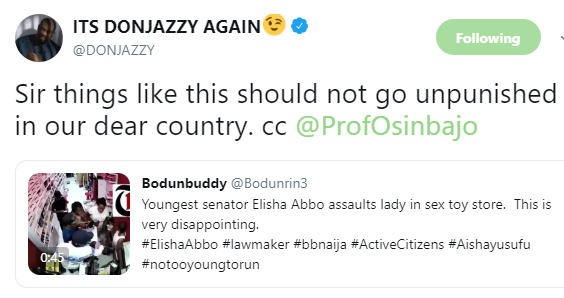 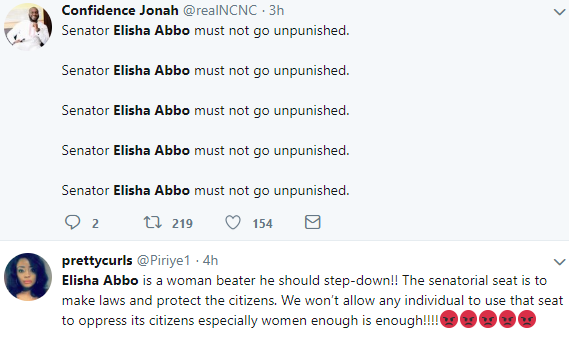 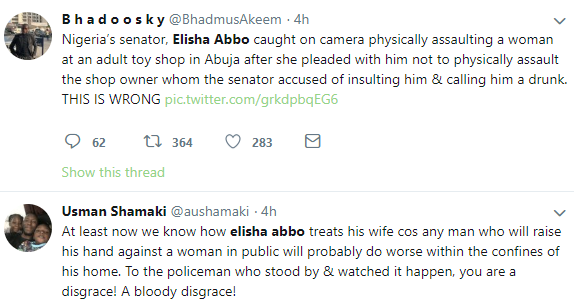