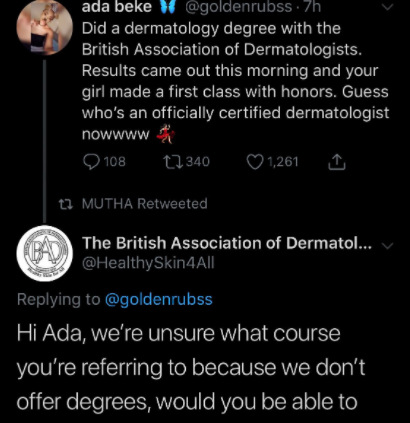 A Twitter user took to the platform to announce that she just got a degree with a certain institution. But the institution replied to her tweet, telling her they don't know what she's talking about because they don't offer degrees.

The Twitter user said she "did a dermatology degree with the British Association of Dermatologists" and she "made a first class with honors."

A Twitter user with the username The British Association of Dermatologists replied to her tweet, writing: "Hi Ada, we're unsure what course you are referring to because we don't offer degrees. Would you be able to DM us?" 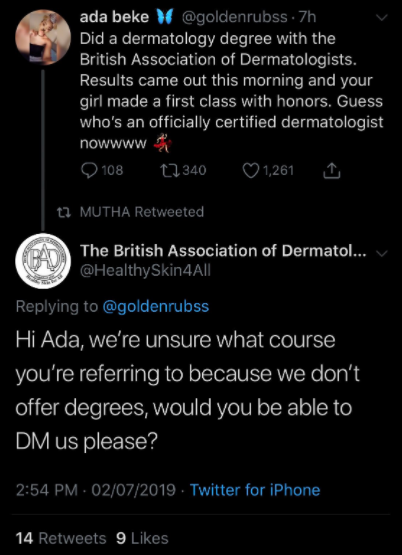 Following the reply from the institution, Twitter users quickly began to troll Ada. She later replied, explaining that there was a mix up. Some believed her but some didn't. 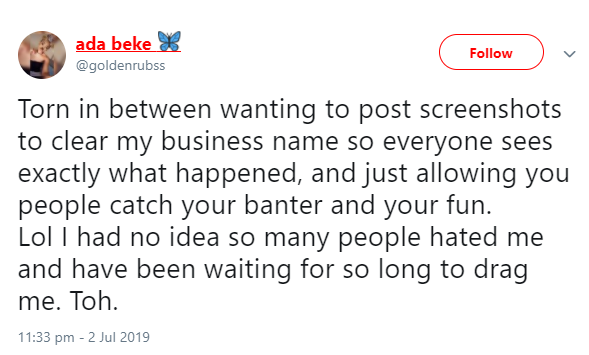 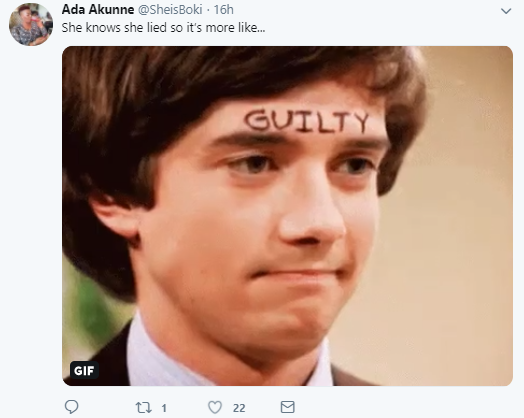 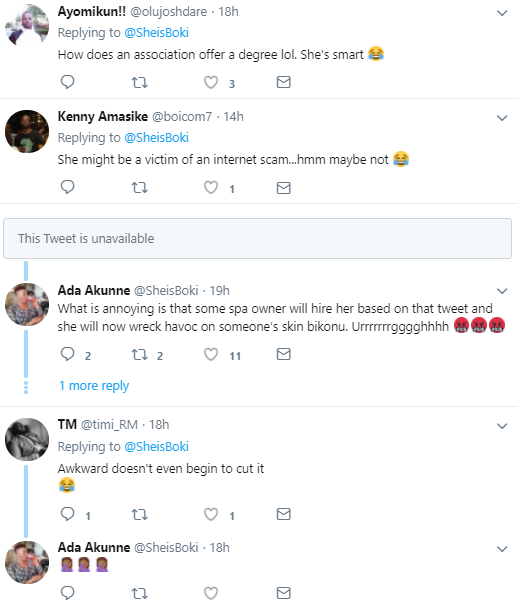 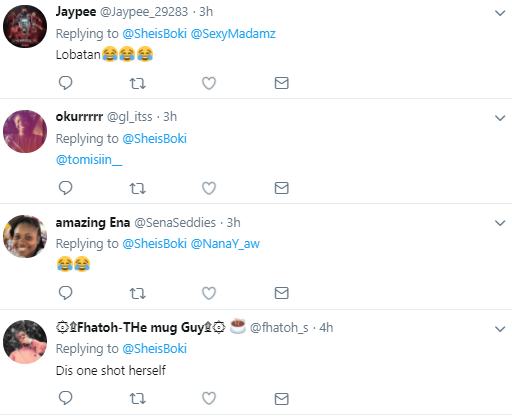 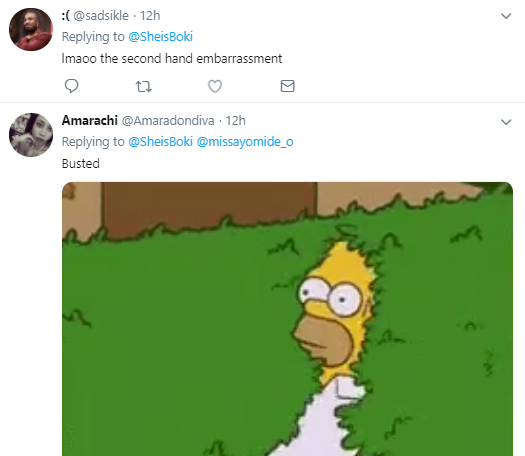 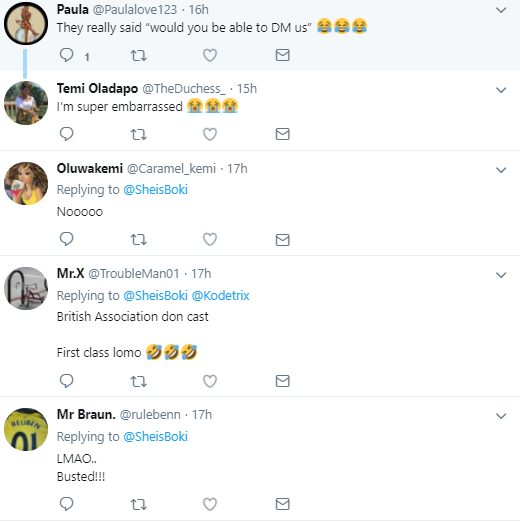