Atiku's reaction on Osun ruling is 'ridiculous and comical' - Presidency 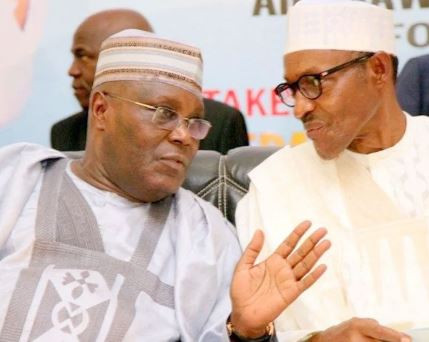 The presidency has described as “very ridiculous, and even comical’’, the reaction of former vice president Atiku Abubakar, to the Supreme Court ruling affirming the election of Governor Gboyega Oyetola of Osun state.

Atiku, who was the candidate of the Peoples Democratic Party (PDP) in the 2019 presidential election, had in a statement expressed reservation over Friday’s Supreme Court victory of Oyetola.
“I urge the nation’s judiciary to take a pulse of the nation and reflect it. In their hands, God has placed a great responsibility. The duty to ensure that justice is done, irrespective of the pressure to do otherwise, by the powers that be.” he said

However, Femi Adesina, the president’s special adviser on media and publicity, in a statement in Abuja on Friday, frowned at the Atiku’s comments, saying “many things fly in the face of logic, reason, and legality in this portion of the statement.

“A pertinent question is- how does the judiciary gauge the pulse of the nation? Is it even positioned to do such? Is the judiciary established for that purpose, or to dispense justice, even if the Heavens fall?” Adesina observed that there was insinuation of inducement in the statement, when the PDP candidate said the judiciary should ensure justice is done, “irrespective of the pressure to do otherwise, by the powers that be.”
'”We see this as an attempt to browbeat the judiciary, thus causing it to entertain sentiment in the ongoing petition on the presidential election before the tribunal. ”If anybody has the tendency or proclivity to put pressure on the judiciary, Nigerians know where the finger points, and it is definitely not at President Muhammadu Buhari.
”This was a man who had thrice taken his electoral challenges to the judiciary, up to the Supreme Court. And not once was he accused of trying to influence the process, or put pressure on the courts.
“When the All Progressives Congress (APC) lost Zamfara and Rivers States, arising from judicial proclamations, then, there was no “pressure to do otherwise, by the powers that be. ”But now that the victory of the party in Osun was upheld, there is insinuation of pressure from those who have never learnt to play straight,” he said.

Adesina maintained that Buhari had always been committed to fair play, which he said was clearly evident in the last general elections. According to him, the president remains committed to even-handedness and justice always.
Tags
NEWS