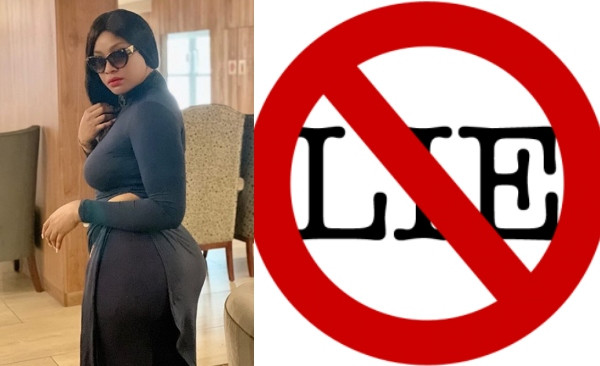 Angela Okorie has taken a dig at men who she said are still liars, no matter the crazy act they put up when caught red-handed.

Backing her claim with an experience, the actress revealed that she knows a man who can swear with the lives of his kids and still be lying. She wrote;

Do u know a man can Cry , go downOn his kneels Have an entire mental breakdown In front of you and still be lying , I know some1 that can swear with The lives of the kids And still be lying ,God should just do and come Some people are not human beings Happy Sunday 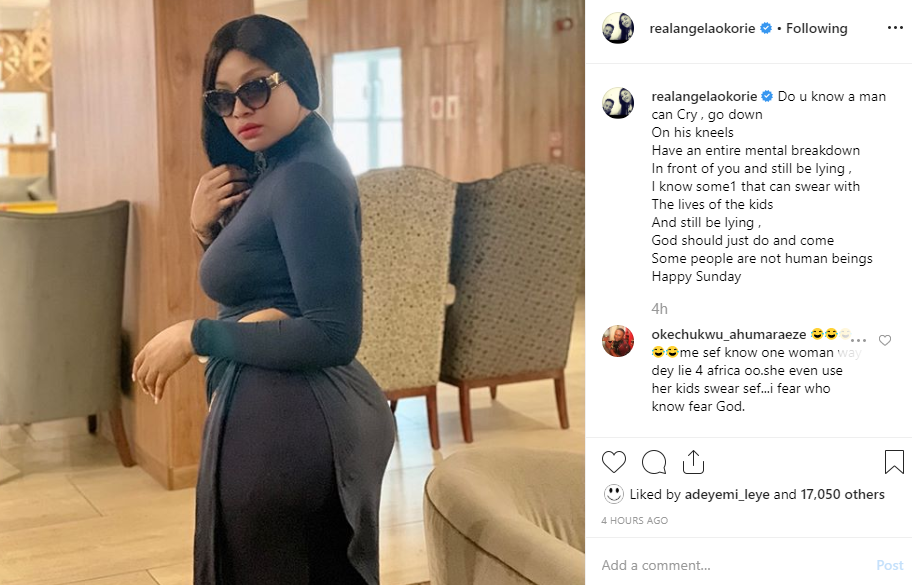