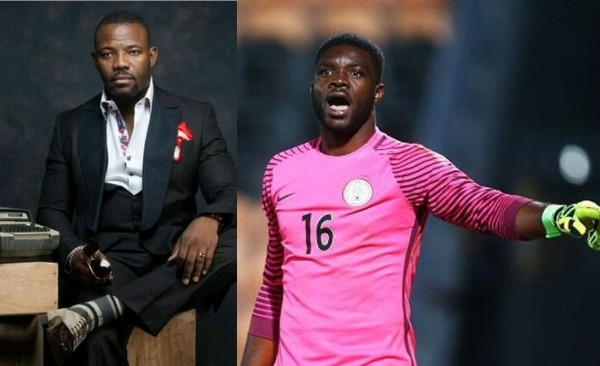 Super Eagles' loss to Algeria in the semi-finals match of the 2019 African Cup of Nations played last night, took its toll on Okey Bakassi and he has already blamed it all on the goalkeeper, Daniel Akpeyi.

The Super Eagles fought back from a goal deficit in the second half to hold Djamel Belmadi's men to a 1-1 draw until injury time. After four additional minutes in stoppage time, Riyad Mahrez rose to the occassion and scored a free-kick in the last minute of the game.

However reacting to Super Eagles' loss, Okey Bakassi congratulated every other person on the team for their hardwork except the goalkeeper. He jokingly launched a campaign for a goalkeeper to be picked from Cotonou in the next edition of the football competition. His video came with the caption;

@ng_supereagles minus goalkeeper you guys tried and we appreciate you. #afcon2019#algnga


Nigeria will face Tunisia in Wednesday’s third-place encounter at the Al-Salam Stadium in Cairo.
Tags
SPORTS