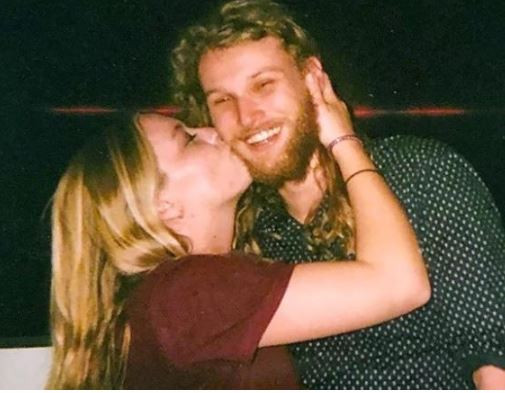 A manhunt is underway in Canada after a 24-year-old American woman and her Australian boyfriend were found dead earlier this week along a remote highway in British Columbia.

The bodies of Chynna Noelle Deese, 24, and Lucas Robertson Fowler, 23, were found just before 7:20 a.m. Monday on Alaska Highway 97 near Liard Hot Springs, a tourist attraction, Royal Canadian Mounted Police said. A blue Chevrolet van the couple was believed to have been traveling in was found at the scene.

The couple had just begun a road trip in Canada when they were murdered, Deese's brother told the Charlotte Observer. He said the couple's van may have broken down or overheated before they were killed. “Something happened on that road, some sort of conflict," he said.

Mark Jones, New South Wales Police Assistant Commissioner in Australia, said at a news conference on Saturday that it appears the couple may have been shot. Fowler's father is an active member of the police force in New South Wales.

At the moment, police do not have any suspects and said they do not know if Deese and Fowler were targeted or if it "was a crime of opportunity," the department said in a press release. Investigators are asking anyone who was in the area of Liard Hot Springs between July 14 at 4 p.m. to July 15 at 8 a.m. to contact police.
Tags
NEWS