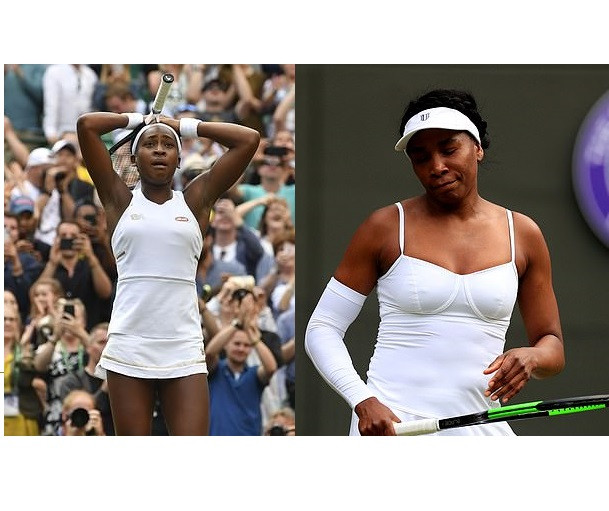 American junior tennis player, Coco Gauff has just defeated, Venus Williams, 39, the big sister of tennis legend, Serena Williams at the ongoing Wimbledon tournament.
The 15-year-old who is the youngest woman to qualify for the tournament stunned the five-time Wimbledon champion on her debut to a 6-4 6-4 win in the first round of the tournament on Monday. 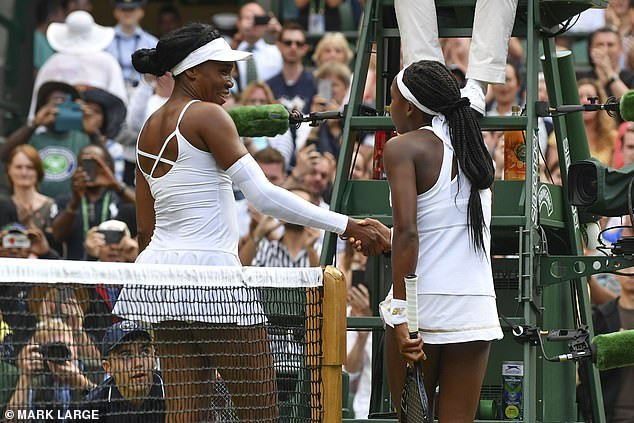 Honestly I don't really know how to feel. That's the first time I have ever cried after winning a match. I don't even know how to explain how I feel.
I had to tell myself to stay calm, I have never played on such a big court. I had to remind myself of the lines on the court. Everything around it might be bigger, but the lines are the same.
She just told me congratulations and to keep going and good luck. I told her thank you for everything. I wouldn't be here if it wasn't for her, she is so inspiring and I always wanted to tell her that, even though I met her before I didn't have the guts to tell her then.
I know my parents are super happy, my dad was jumping up every time I won a point.
I am literally living my dream right now and not many people get to say that.

Speaking on Williams, she said:

'I told her thank you for everything. I wouldn't be here if it wasn't for her'

The Florida born who grew up admiring the Williams sisters is the 12th youngest overall to play in the Wimbledon main draw, but the youngest to come through qualifying. 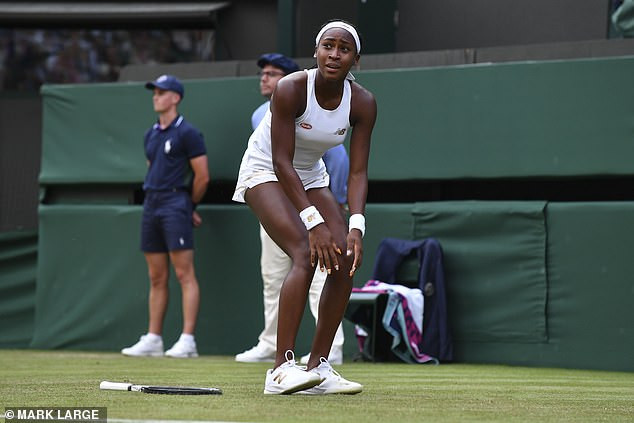