A Twitter user suggested that people with "bad genes" who suffer "genetic diseases like diabetes, hypertension, cancer" should not be allowed to have children.

Talisma Nasreen, an author and physician, tweeted: "Men and women who have bad genes with genetic diseases like diabetes, hypertension, cancer etc should not produce children. They have no right to make others suffer."

Twitter users found her tweet offensive and called her out. One tweep told her our humanity should replace science when it comes to making decisions like this but she objected.

She replied to the Twitter user: "humanity survives because of science. If science did not help, humans would have gone extinct a long ago because of tuberculosis."

She also said in another tweet that she got bad genes from her parents. 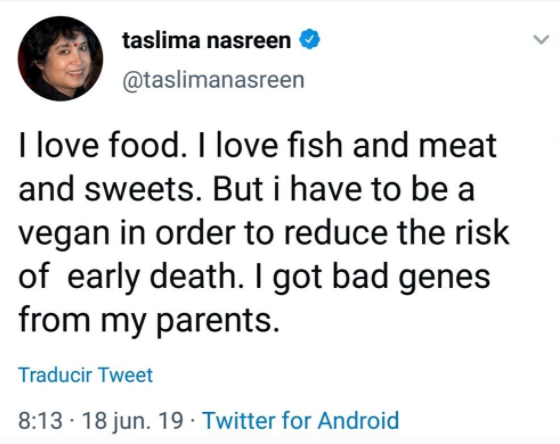 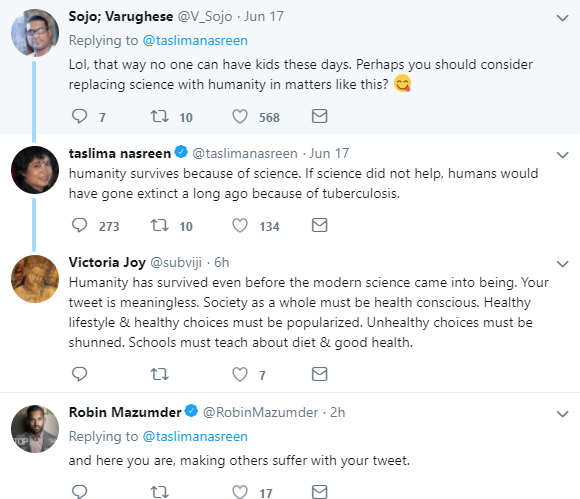