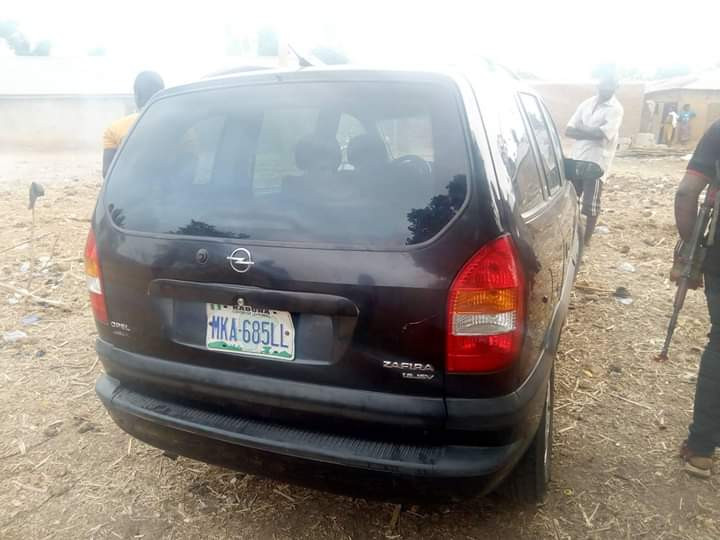 Gunmen suspected to be kidnappers and armed robbers on Tuesday, attacked travelers along Abuja-Kaduna Highway.
According to an occupant of one of the vehicles attacked, Bala Jonathan, the gunmen kidnapped the driver and other passengers after killing one.
"This is the corpse of a man that was killed at the process when we were attacked yesterday, I sat next to him in the car we boarded and that's the car we boarded, the driver and others were kidnapped but 4 of us were able to escape miraculously and I drove d car from d scene to a nearby village. Kindly check d corpse and the car plate number, if u know any, the corpse is in General Hospital Kachia while the car is in police station Kachia" 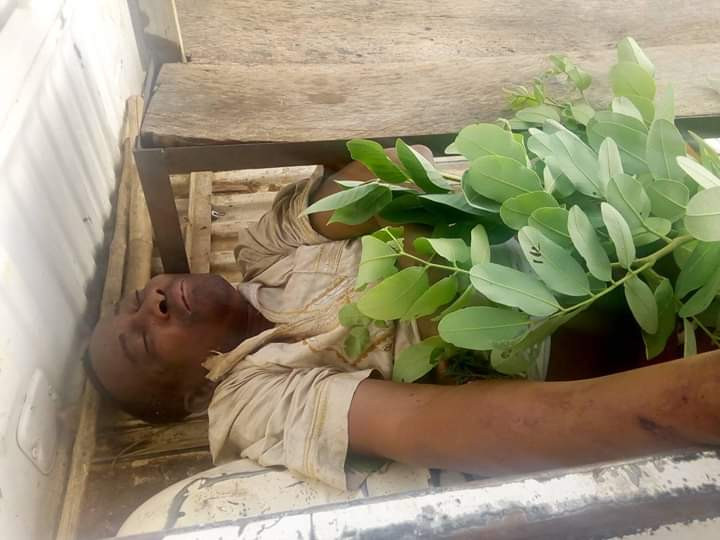 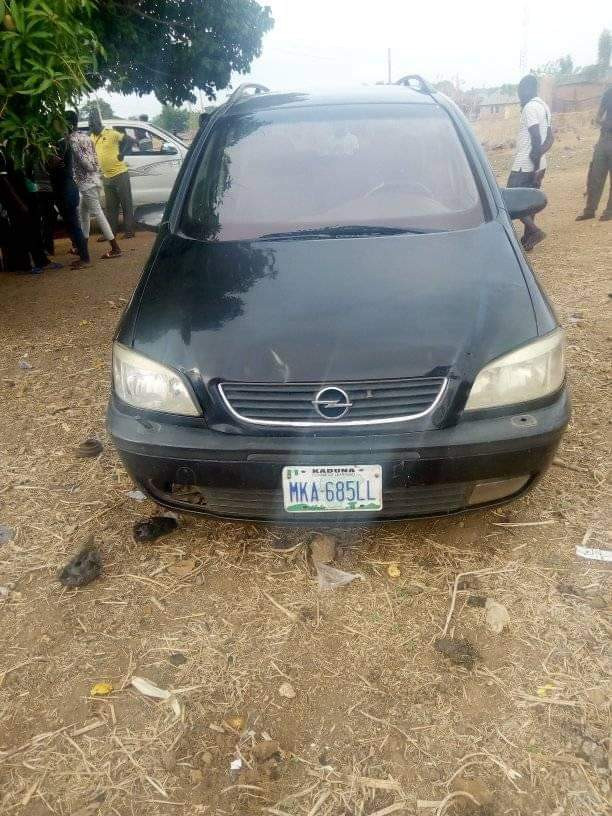 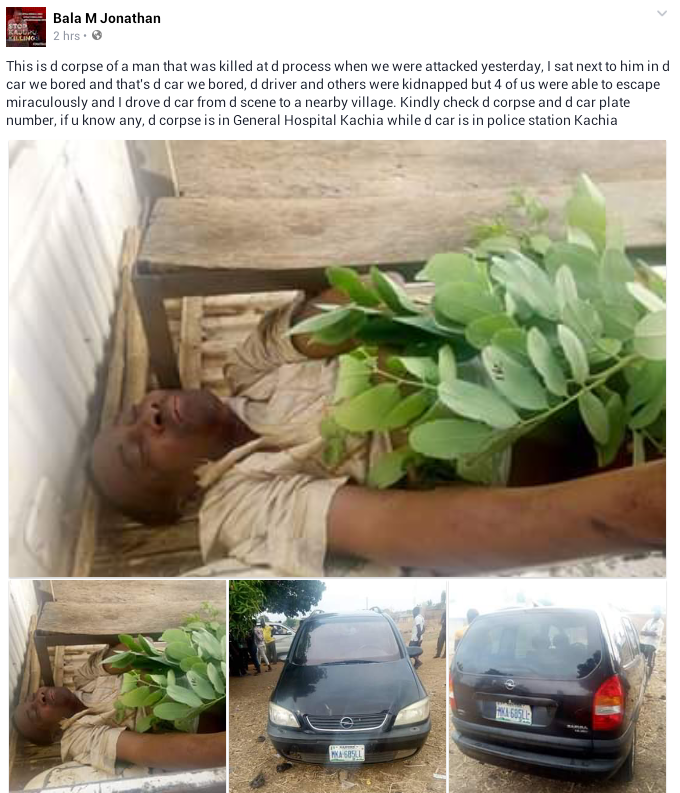