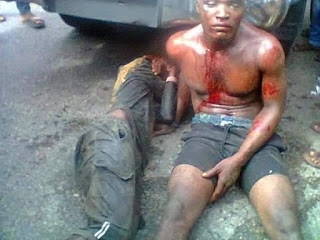 A man was set ablaze by mob on Tuesday, over alleged kidnapping of a child at Edepie community, in Yenagoa, Bayelsa State capital.
The incident occurred at a private school where the child was being taken away from before caught up with them at the school junction. 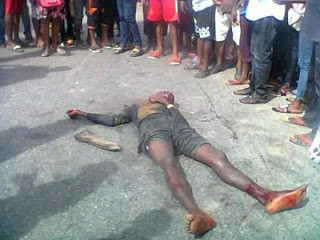 While one was not lucky and got killed by an irate mob, the other two were thoroughly beaten and were only rescued from the angry crowd by the Police.
One of them allegedly confessed that they were sent by a politician, a confession that further infuriated the mob. 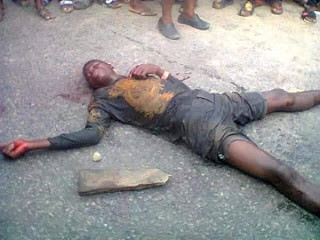 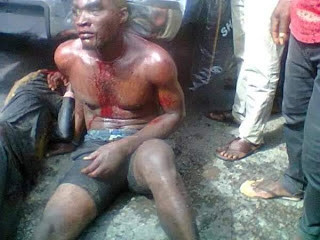 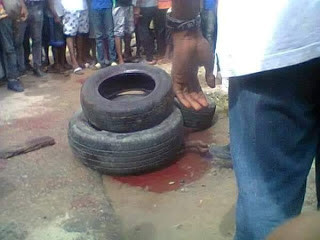