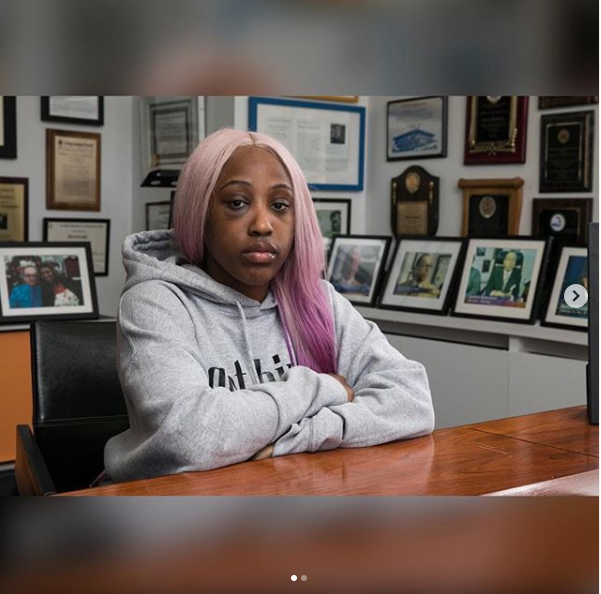 Love & Hip Hop star, Brittney Taylor has shared a photo of her black eye after she was allegedly punched by rapper, Remy Ma.

On Friday, Taylor accused Remy Ma, who recently gave birth to her and Papoose's daughter, of punching her in the face while backstage at Pretty Lou's Benefit Concert at Irving Plaza on Tuesday night.

Taylor claims her and Remy went into the greenroom backstage and had a conversation about an attack on Remy's stepdaughter, Dejanae, which went down several weeks ago. She said that Remy accused Taylor of knowing about the attack, which allegedly prompted the Bronx native to throw the punch.
“What happened with me and Dej in Miami is I saved her—I saved her life, and [Remy] got aggressive [when Brittney told her at Irving],” Taylor told NYDN. “[Remy] was like, ‘That’s not what I heard,’ and she punched me in the face.”
She added, “I just don’t feel like it’s okay for people to put their hands on someone that’s not being malicious to them, that’s being genuine.”

Taylor also claimed she went to the hospital for treatment and then filed a police report.

No charges or arrests have been made yet but Remy Ma is reportedly being investigated by the New York Police Department.
Tags
CELEBRITY