Eminem who previously revealed that he had a near-death experience from an accidental overdose back in 2007, is celebrating 11 years of sobriety.

The 46- year-old hip hop icon whose real name is Marshall Bruce Mathers III, took to his Twitter page to share the good news with a photo of himself holding up an 11-year sobriety chip he was given in recognition of the achievement.

He captioned the photo: 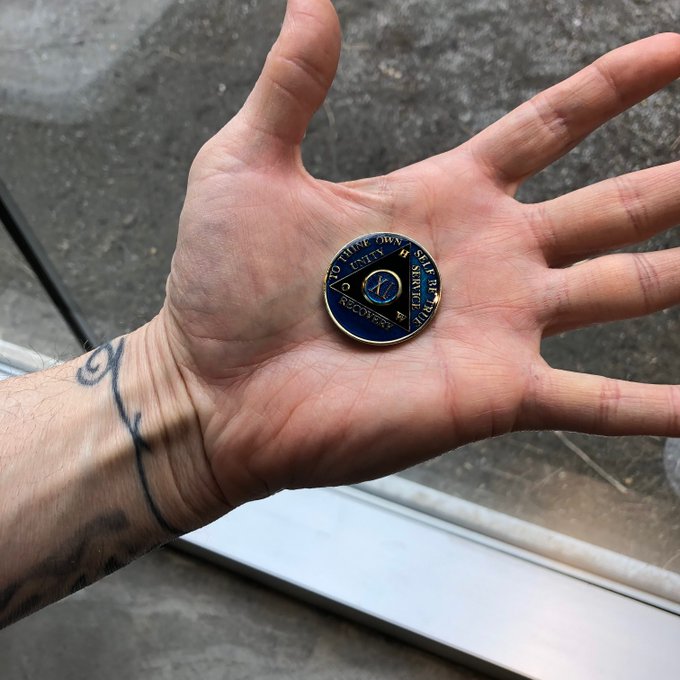 54K people are talking about this


Last year, the rapper, who was born Marshall Mathers, also acknowledged the anniversary of his sobriety, sharing a photo to Instagram in between his headlining sets at Coachella.

Eminem previously revealed he had a near-death experience from an accidental overdose back in 2007 after his addiction got so bad that he was taking up to 20 pills a day.

The star opened up about his near-fatal overdose on Revival, his ninth studio album that was released in December 2017.

On the 18th track, titled “Castle” featuring Skylar Grey, Eminem writes letters to his 23-year-old daughter Hailie Jade, with the third verse talking about her 12th birthday and recalling how he overdosed on methadone and nearly died.

“Your dad’s at the end of his rope/ I’m sliding down a slippery slope/ Anyway, sweetie, I better go, I’m getting sleepy … Love, Dad, s—, I don’t know,” he raps.
Tags
CELEBRITY