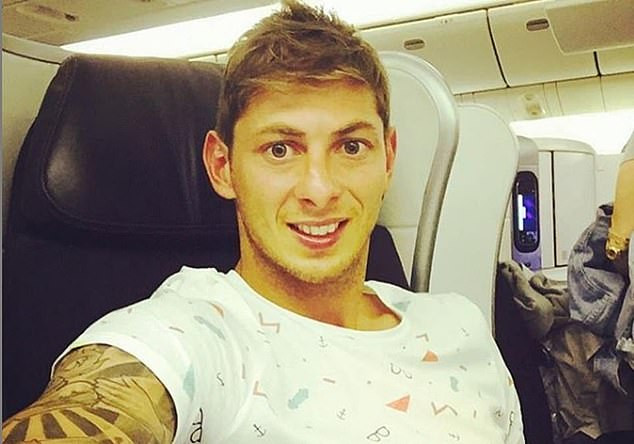 Leaked WhatsApp messages between the late Argentine striker, Emiliano Sala and premiership club Cardiff have revealed that he was offered a commercial flight from France to Wales but he rejected the offer.
This comes after the late's footballer agent Willie McKay claimed the Premier League club abandoned Sala, leaving him to make travel arrangements after his million transfer from Nantes.
The arranged the flight saw the 28-year-old lost his life after the plane crashed in the Channel last month.
McKay told the BBC on Thursday night: 'He was abandoned in a hotel more or less to do his travel arrangements himself. Nobody in Cardiff seemed to be doing anything. It was a bit embarrassing for Cardiff.
'They buy a player for m and then leave him in a hotel by himself to go on the computer and look for a flight - I think Cardiff let themselves down badly. The way they've acted so far, they've been a disgrace.'
Now, French outlet Ouest-France, have leaked messages that show a Cardiff Player Liaison Officer offering a commercial flight to the striker.
See the Whatsapp messages below.
Player Liaison Officer: [thumbs up emoji]
Emiliano Sala: Thank you very much
PLO: It's nothing friend
I write Spanish better than I speak it
ES: Ha ha very good
PLO: My girlfriend speaks Spanish. She is a teacher
[shares commercial flight details]
PLO: It is an option perhaps. Cardiff-Paris.
But it's early.
ES: Friend.
It's good.
I have a flight going tomorrow to Nantes and return Monday night to Cardiff.
Willie McKay called me.
PLO: Ok mate. Have you agreed a price with him?
ES: Yes it's good. We will speak tomorrow before leaving for Nantes.
PLO: Ok that works.
What time do you fly? 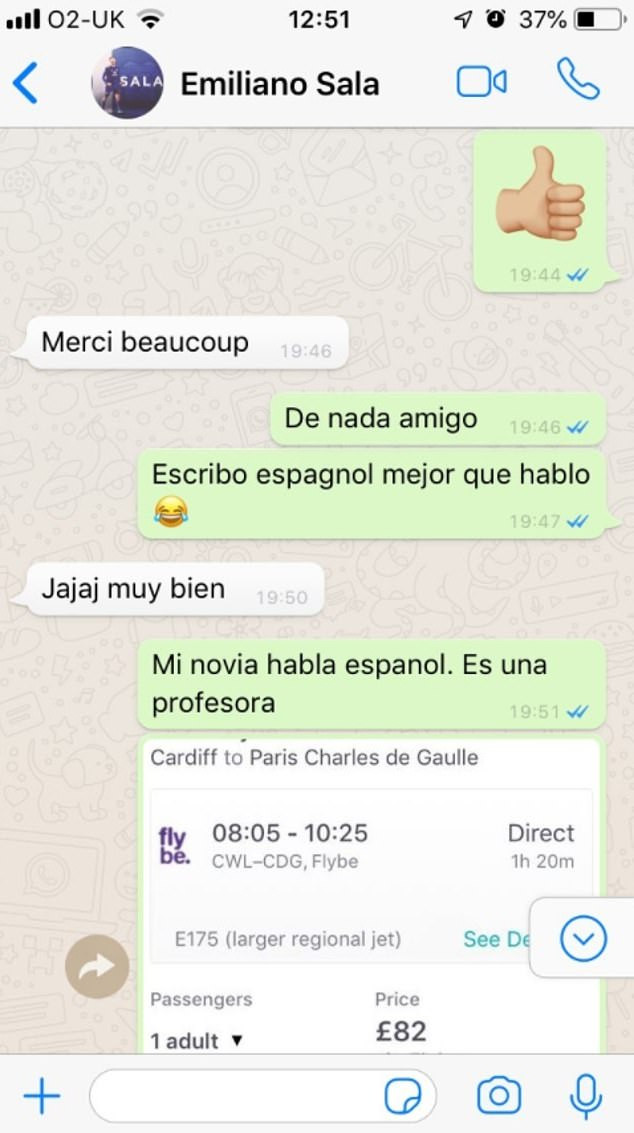 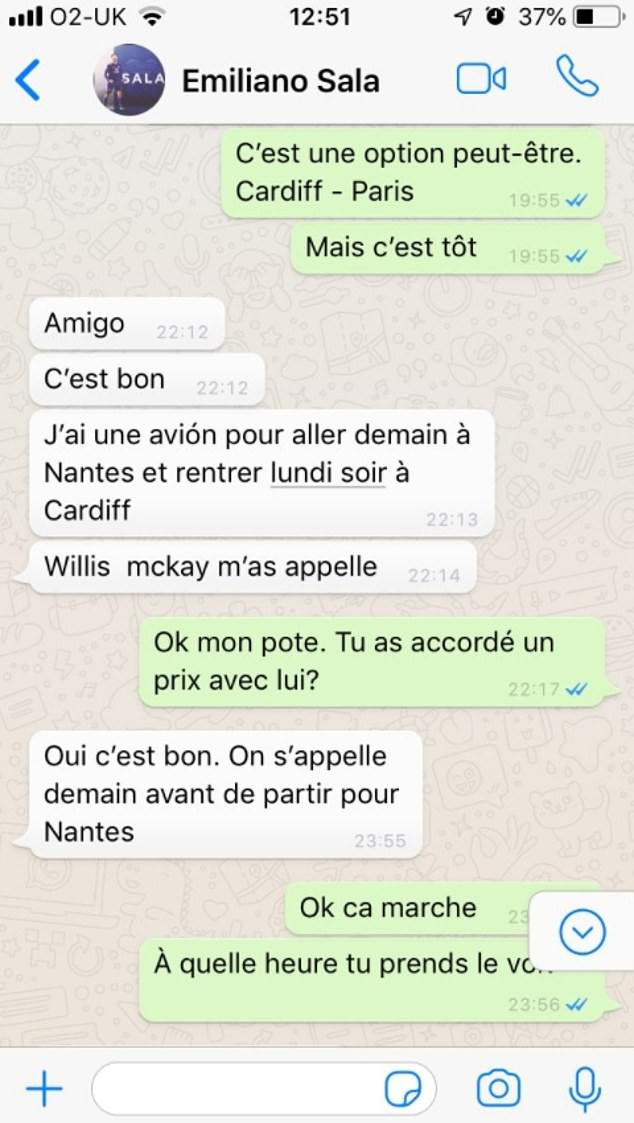