Breaking: Court orders the arrest of Attorney General and Commissioner for Justice in Akwa Ibom State 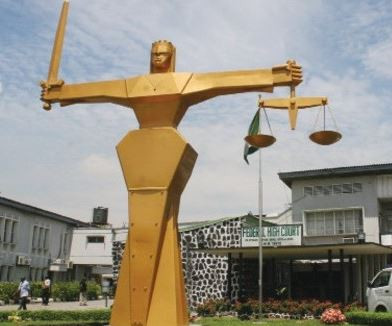 A Federal High Court sitting in Lagos has granted a bench warrant for the arrest of the Attorney General and Commissioner for Justice in Akwa Ibom State, Uwemedimo Nwoko, the Commissioner of Finance, Nsikan Nkan, the Accountant General, Mfon Udomah and a Cashier of the State Government, Margaret Ukpe.

Justice Rilwan Aikawa granted the bench warrant at the instance of the Economic and Financial Crimes Commission (EFCC), who told the court that the defendants are at large and the warrant was necessary to ensure their presence in court at the next adjourned date of March 18 and 19.

The four government officials are charged alongside the President of the Nigerian Bar Association, Paul Usoro on 10 counts of conspiracy and conversion of an alleged N1.4bn said to be property of the State Government, which sum they reasonably ought to have known formed part of the proceeds of unlawful activity.

The offense was allegedly committed in May 2016. Usoro has, however, pleaded not guilty to the charges and thereafter, admitted him to bail in the sum of N250 million with one surety in like sum.
Tags
NEWS