Party members were seen protesting and interrupting proceedings during the APC presidential rally in Ogun state.

All efforts by the Governor of the state to appeal for normalcy proved abortive. The Governor while appealing to the crowd had to beg them not to disgrace him as the father of the nation is there watching them.

It took the intervention of the vice president to calm down the situation as even Adams Oshiomole could not salvage the situation.


The president had to be shielded by his body guards as he was almost stoned by aggrieved party members when he lifted the hands of the Governorship aspirant for endorsement.

Watch the shocking video below; 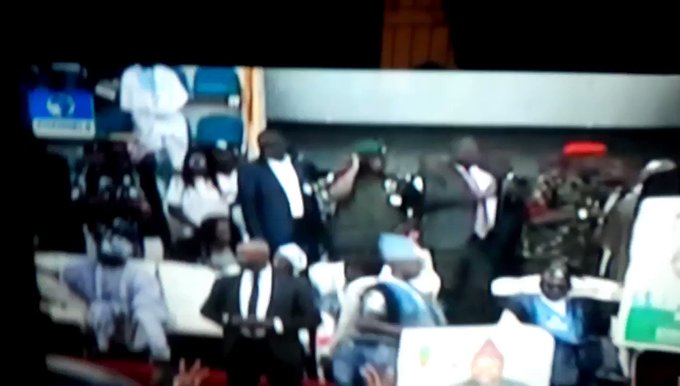 @Favoured_Spirit
APC Rally in Ogun in Mess with Buhari on Seat!

They can no longer deceive people again.

717 people are talking about this