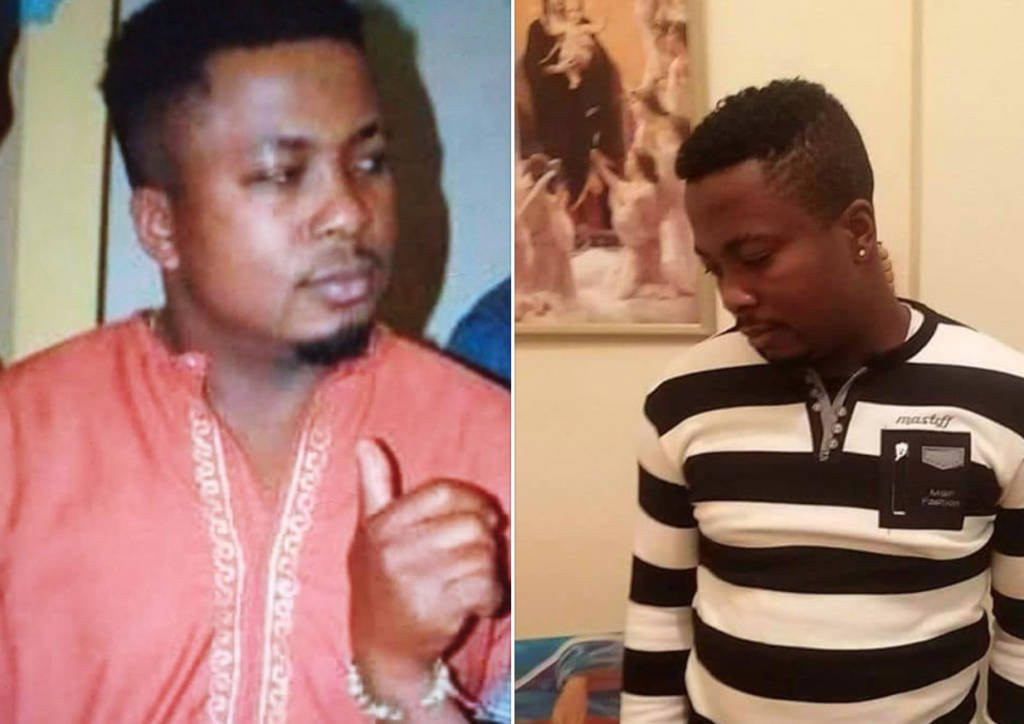 A group of individuals on Tuesday, February 26, clashed with riot police officers outside a precinct in Omonia, following a march in central Athens to protest the death of a Nigerian migrant earlier this month.
According to media reports, the 34-year-old Ebuka Mamasubek, a father of two suffered beating at the hands of officers prior to his collapse in the waiting room of the Omonia police precinct on February 8.
A Greek man who saw the police brutality against Ebuka in front of of his shop, shouted at the police to stop beating him. 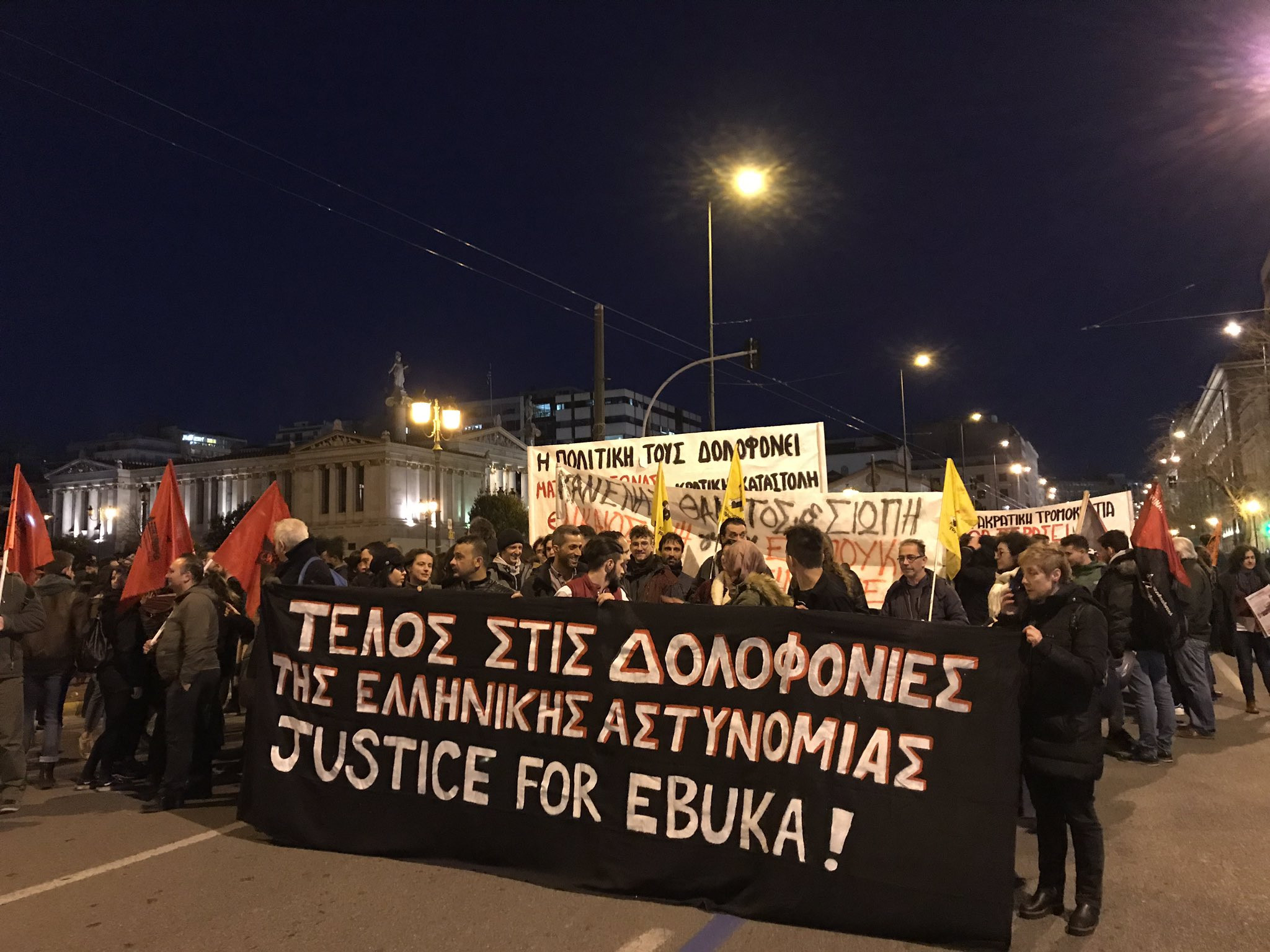 The march, organized among others by the Movement Against Racism and the Fascist Threat (KEERFA), started in Propylea at 6 p.m on Tuesday.
A statement by an organization, United Women from Africa, reads:
"A few days ago a man from Nigeria, from our community, was murdered at Omonoia square in Athens, by the Greek police. We must march on the streets and shout for justice. We must do something now before more lives are lost. This is not the first time something like this happens. We already know of two other people from our community who have been recently murdered by the Greek police. And unfortunately many more have lost their lives through the years and those cases remain unknown. On a daily basis, we are informed of beatings of people of African descent by the police which leave them on the street to die. These murders are silenced.
Ebuka, was the father of two children, one of whom was newly-born. His wife, children and community are now mourning. We stand in solidarity with his family and his loved ones.
The police does not protect us. As the African Community in Greece we constantly feel that our lives are in danger. We demand justice for Ebuka!" 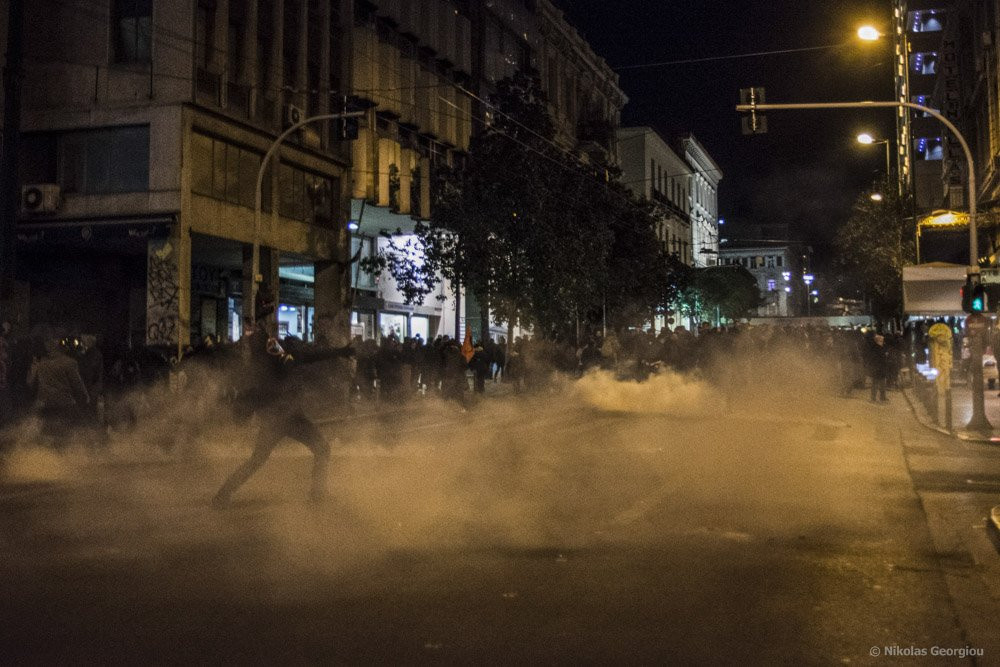 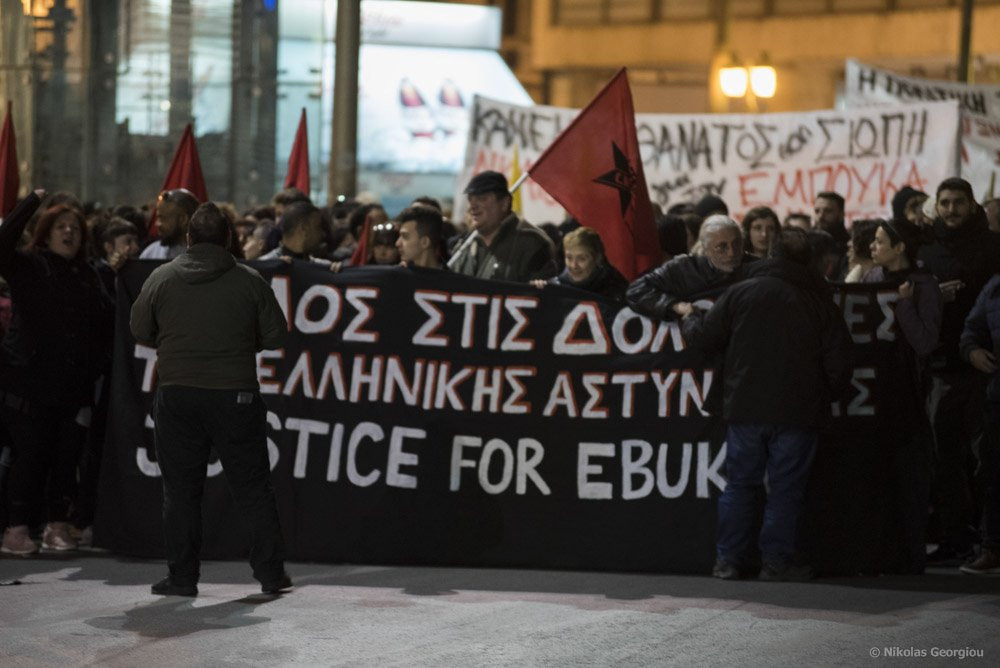 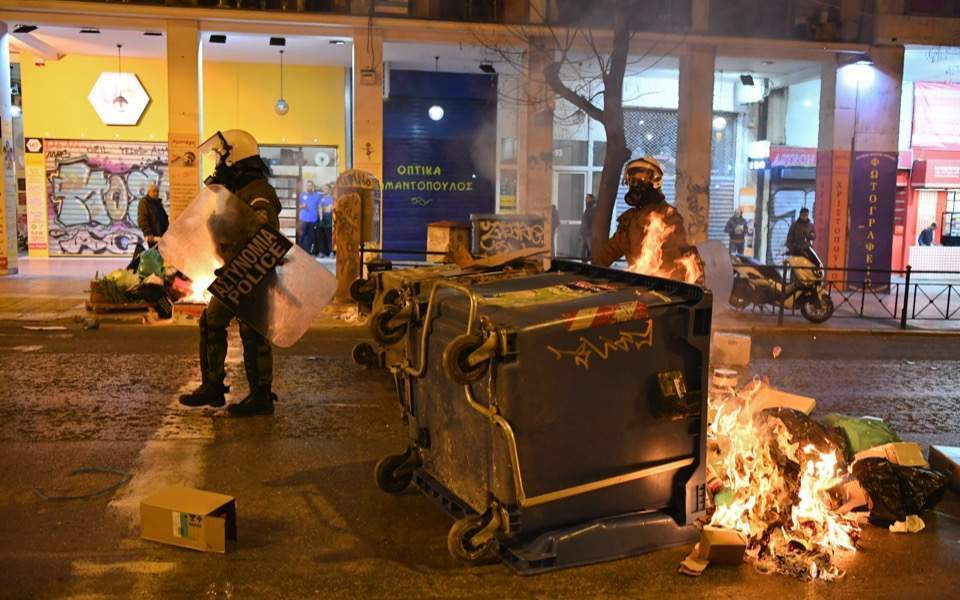