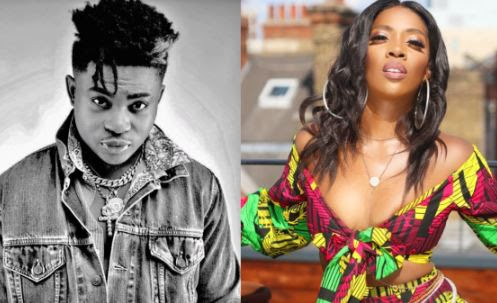 Danny Young has reportedly dragged Tiwa Savage to court, few weeks after he called out the Mavin’s act over an alleged intellectual property theft.
We reported earlier that Danny Young who shared a video accusing Tiwa Savage of intellectual property theft, had claimed that the 2018 MTV EMAs award winner used part of his 2009 record, ‘Oju Tiwon’ without seeking permission nor gave him any credit for inspiring her latest single titled ‘One’.
He wrote;

I never knew I would be a victim of intellectual property theft until now. the worst pain is that my song was stolen by Tiwa savage who happens to be one of my favorite female artiste

In a new post he shared on Instagram, Danny Young who disclosed that engaged one Justin Ige in the court case wrote;

Me no dey worry😝 Me and my guys kuku dey enjoy our seafood dey go as we don engage the one and only Justin Ige of Creative Legal for legal representation on the matter. Say no to copy copy! #case loading..